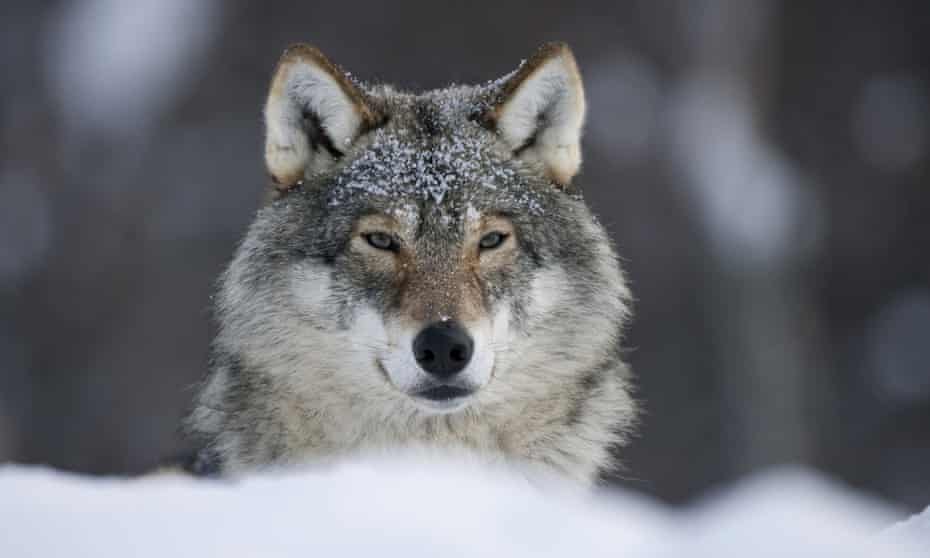 Finland is joining Sweden and Norway in culling wolves this winter to control their population, as conservation groups appeal to the European Union to take action against the slaughter.

Hunters in Sweden have already shot dead most of their annual target of 27 wolves, while Finland is to authorise the killing of 20 wolves in its first “population management cull” for seven years.

Norway will kill about 60% of its wolves this winter – 51 animals – to maintain a maximum of just three breeding pairs in the country, with its population including animals living between Sweden and Norway limited to four to six breeding pairs.

Conservationists accuse Nordic nations of creating the most hostile environment for wolves in western Europe and flouting EU laws that protect the species, which has made a comeback in recent years but remains endangered in many countries.

“Its a horrific situation,” said Siri Martinsen, chief executive of Noah, an animal rights group that is challenging Norway’s wolf hunts in its courts. “Norway’s wolf management is out of control and they are just shooting wolves because some people don’t like them. It is outrageous to hold a species at a critically endangered level.”

In Norway, 5% of the country is designated a wolf protection zone, where the protection of wolves is a priority. Despite this, 25 wolves will be killed inside the protection zone this winter, unless the court action by Noah, together with WWF Norway and Association Our Predators, is successful.

Wolves found outside the protection zone are not allowed to breed and are killed if a regional committee decides they “may pose a threat” to livestock or semi-domesticated reindeer.

While Norway is not a member of the EU, wildlife groups say its wolf cull violates the Bern Convention on the conservation of European wildlife and natural habitats.

Christian Anton Smedshaug, state secretary to Norway’s minister of climate and environment, said: “Keeping the Norwegian wolf population at this level is a political compromise reached by a majority in parliament in 2016 in order to keep both wolves and livestock production in Norway and bridge different societal views in Norway.

“The primary concern for managing large carnivores in Norway is to maintain livestock grazing, with as few losses as possible. Furthermore, husbandry also contributes to common goods like cultural landscapes and biological diversity.

“Wolves prey on game animals, and the presence of wolves may consequently affect hunting locally. Wolves may also pose a threat to dogs used for small and big game hunting. Reducing effects on hunting is, however, not a main objective behind the population target or a main focus in the management of large carnivores.”

In Sweden, wildlife groups say the 395 population estimate for 2020-21 could have fallen below 300 by that winter’s end.

“Sweden has promised the EU we should not go below 300 – that’s the bare minimum,” said Magnus Orrebrant, chair of the NGO Svenska Rovdjursföreningen. “We have informed the EU that 300 is way too low. We have habitat that could house more than 1,000 wolves.”

“The common denominator in Norway, Sweden and Finland is the strong hunting organisations which make the politicians worried,” added Orrebrant. “There are no farms near some of the packs they are hunting this winter. The wolves have not created any problems whatsoever but it’s an important place to hunt moose and hunters want a large moose population.”

Finland’s wolf population of 300 is the highest for a century, according to Sami Niemi, a ministry of agriculture and forestry official tasked with wolf management.

Modelling by Natural Resources Institute Finland says that a genetically healthy wolf population should be more than 500.

Of the argument a wolf cull reassures anxious rural communities that wolf populations are under control, and thereby reduces illegal killing, Sami Säynevirta of Luonto-Liitto, a Finnish wildlife charity, said: “This argument has been made for many years but we still have the problem of poaching. The authorities should really act to prevent it.

“There needs to be a change of attitude towards wildlife. It’s important to talk about the benefits of the wolf – they play a key role in a healthy ecosystem but news about wolves is pretty much concentrated on the negative side.”

Prof Fiona Matthews, founding chair of Mammal Conservation Europe, said: “It seems extraordinary that countries are blatantly doing things that are illegal under the EU habitats directive. You’d think these countries would be able to live with their predators particularly given their low population densities. It seems to be driven by hunting interests and the argument that wolves are a danger to hunting dogs.”

Wildlife groups in Finland and Sweden have appealed to the European Commission and the European court of justice to declare the wolf culls illegal but both national governments maintain that derogations from the habitats directive allow for legal culls.

In Norway, Martinsen called on other European countries “to intervene and file complaints with the Bern Convention so we can stop this situation where Norway is leading the way to tolerating an extinction policy and making these conventions not worth the paper they are written on”.

This article by Patrick Barkham was first published by The Guardian on 15 January 2022. Lead Image: The European grey wolf has made a comeback in recent years but remains endangered in many countries. Photograph: blickwinkel/Alamy.

What you can do

Support ‘Fighting for Wildlife’ by donating as little as $1 – It only takes a minute. Thank you.

Fighting for Wildlife supports approved wildlife conservation organizations, which spend at least 80 percent of the money they raise on actual fieldwork, rather than administration and fundraising. When making a donation you can designate for which type of initiative it should be used – wildlife, oceans, forests or climate.

Share
Facebook
Twitter
Pinterest
WhatsApp
Previous articleWhen Can I Get My Cat Spayed After Having Kittens? What You Must Know!
Next articlePrepared to start out your personal enterprise? A small equestrian centre with nation home, secure block, area and slightly below 12 acres of land