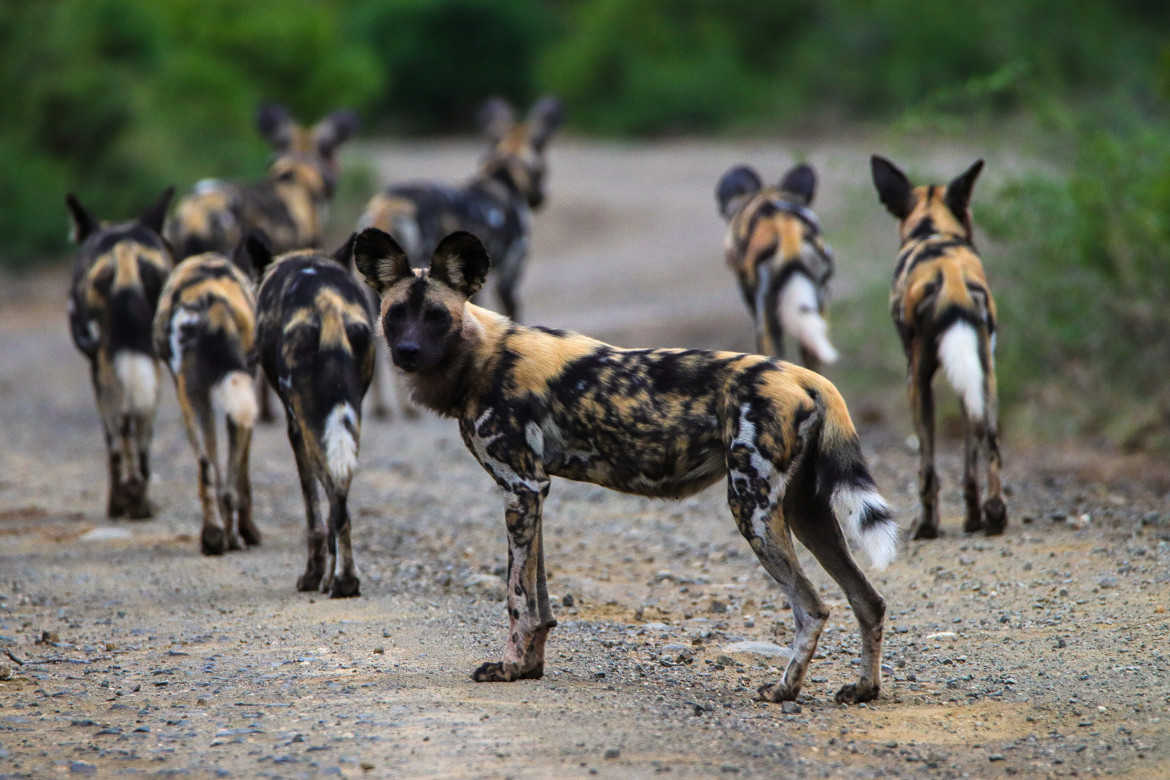 The impact of the global pandemic on the funding of conservation efforts has been profound. Many conservation organisations have felt the brunt of the global lockdown, restricted travel, and strained economies. It has only been through generous and strategic support by donors, supporters, and initiatives such as IUCN Save Our Species Rapid Action Grant, co-funded by the European Union, that many critical conservation initiatives have been able to continue through 2021.

As one of the beneficiaries of this support for our Hluhluwe-iMfolozi Park Threatened Species and Community Conservation project, Wildlife ACT, along with our key partners in Ezemvelo KZN Wildlife and People Nature Connect, have been able to continue our important conservation work in and around Hluhluwe-iMfolozi Park (HiP). Not only have we been able to weather the storm of the 2021 global pandemic through this support, but we go strongly into 2022 having made significant contributions towards both species and community conservation in and around Hluhluwe-iMfolozi Park. This has been of particular importance owing to the depressed economies in these largely rural landscapes, with many peoples’ livelihoods having been affected by the Covid-related downturn.

There have been numerous highlights during our 2021 project across HiP and its surrounds. In addition to the daily intensive threatened species monitoring that was able to continue through the project period, we have been able to make long-lasting impacts on conservation in the area. Over and above seeing both the Cheetah and Wild Dog population double in numbers over the project period, three major outcomes can be celebrated.

Over the past 12 months of this project, we have deployed:

For the next few years, this state-of-the-art tracking technology will continue to support effective remote monitoring of threatened species across HiP.

During the last 12 months, we have had focused engagement with key community members that are most impacted by human-wildlife conflict surrounding HiP, namely livestock owners. We facilitated two full day workshops with representatives from a total of 23 villages around HiP.

These workshops, along with other important engagements during the project period, have set the groundwork for a continuation of improved communication between key stakeholders in and around HiP, working towards reducing costs to individuals and improving coexistence between wildlife and humans.

“I am so grateful for what the financing of this project has helped to kickstart. It has reignited partnerships and created momentum towards collaborative resolution finding to issues of human-wildlife conflict. Human-wildlife coexistence has never been more pertinent to conservation efforts across Africa than it is now, and the important work being done around HiP is testament to that!” said PJ Roberts, head of Wildlife ACT’s Human-Wildlife Coexistence Programme.

One of the major focuses of our project has been to build stronger, more resilient businesses in the areas surrounding the Park, creating less need for people to rely on natural resources. Thirty small business owners (majority women) have been supported with business skills training and mentorship.

All the informal sector business owners on the project had started businesses because of the lack of jobs and other economic activity in the area. Most of the participants were running businesses out of necessity to survive, were self-taught and did not use basic business tools to run their businesses. Many business owners did not know whether they made a profit or loss, found it difficult to manage their money, and could not cost their goods and services appropriately, with some not covering their costs.

People Nature Connect’s business mentor supported the businesses owners to manage their businesses more effectively through regular mentoring visits. For the first time ever, business owners went on a field-trip in HiP to showcase the Park and its operations. The field trip was followed up with workshop sessions that built understanding of conservation and the importance of protecting the Park.

Participants were excited about these conservation awareness sessions and wanted the opportunity to be extended to other community members. These efforts contribute to building support for conservation, reducing reliance on natural resources, and creating opportunity for human-wildlife coexistence.

There is hope for Africa’s Threatened wildlife and the communities that coexist alongside them. Projects such as this are an example of how collaboration, hard work and financial support can be effectively harnessed to make significant immediate impacts whilst securing a foothold for further positive conservation efforts into the future.

This publication was produced with the financial support of the European Union through IUCN Save Our Species. Its contents are the sole responsibility of Wildlife ACT, People Nature Connect & Ezemvelo KZN Wildlife and do not necessarily reflect the views of IUCN or the European Union.

With the support of IUCN Save Our Species, co-funded by the European Union